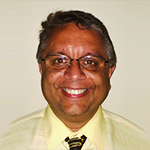 Herman is responsible for increasing our service, service contract, equipment replacement, and building automation offerings in the Long Island market. He works to ensure the timely delivery of HVAC services to clients while achieving both the financial goals and growth strategies of the firm.

Herman makes certain that clients and prospects are familiar with the firms’ full range of high-quality services and the significant ways in which these services can contribute to business success.

Herman has over 31 years of sales and industry experience. At Carrier Corporation, he began his career as an account executive, eventually working into the role of sales manager. He held various positions within the firm which include area sales manager, regional sales manager, and area general manager for the Midwest region.

Prior to joining EMCOR Services New York/New Jersey, he was employed with York, a division of Johnson Controls, as a branch sales manager. He designed HVAC and DDC systems for developers throughout New York, worked with design engineers on the design for plan and spec projects, and designed, engineered, and sold the top three largest projects for the New York branch.

While there, Herman also oversaw substantial growth and was named Most Valuable Employee for the New York region in 2013. His strong background in HVAC building automation and commercial and applied equipment qualify him as an asset to the New York/New Jersey sales team.

Herman is a first generation American. He and his wife Linda have two boys. He enjoys studying American History, watching baseball (especially the New York Mets), and spending time with his family.